"After five days of almost continuous rain, the weather cleared over Pueblo today and tonight the stars are shining from the unclouded sky. But on what scene are they looking. Mud everywhere–mud and filth." — Pueblo Chieftain, June 9, 1921

The Pueblo Flood of 1921 was the worst flood in Pueblo's history and one of the worst in Colorado history. Hundreds of people lost their lives along with tens of millions of dollars of property damage. The precise number of deaths has never been determined.

The heavy rains began west of Pueblo on June 2nd. The Arkansas River swelled to over thirteen feet. The next day there was a downpour north of Pueblo along the Fountain Creek. The flood creed on Friday, June 3 at 24 feet and flooded downtown. More flooding happened on June 4, when the Shaffer Dam broke. In 1921, the Arkansas River flowed through Pueblo's downtown at the current location of the Pueblo Riverwalk. 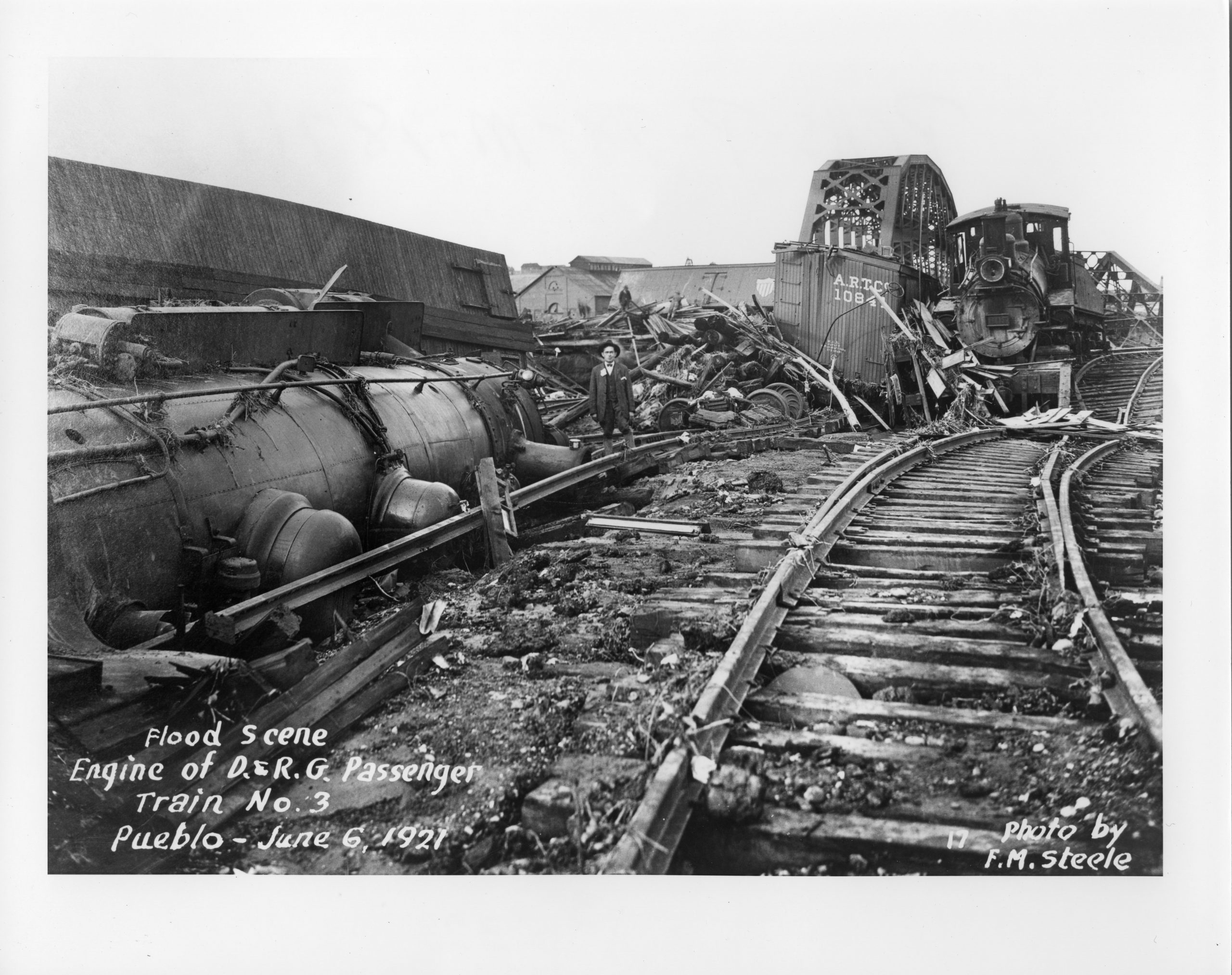 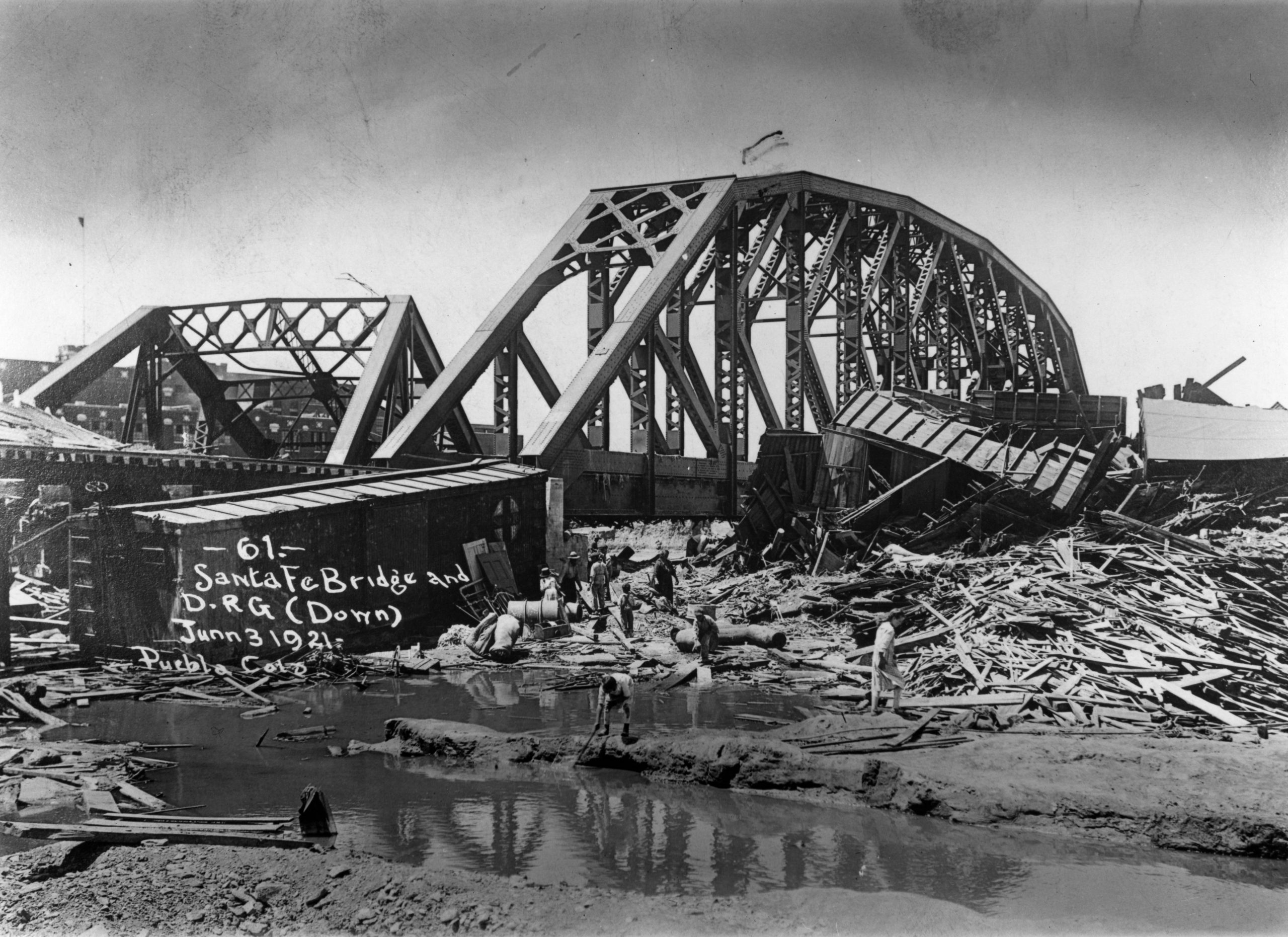 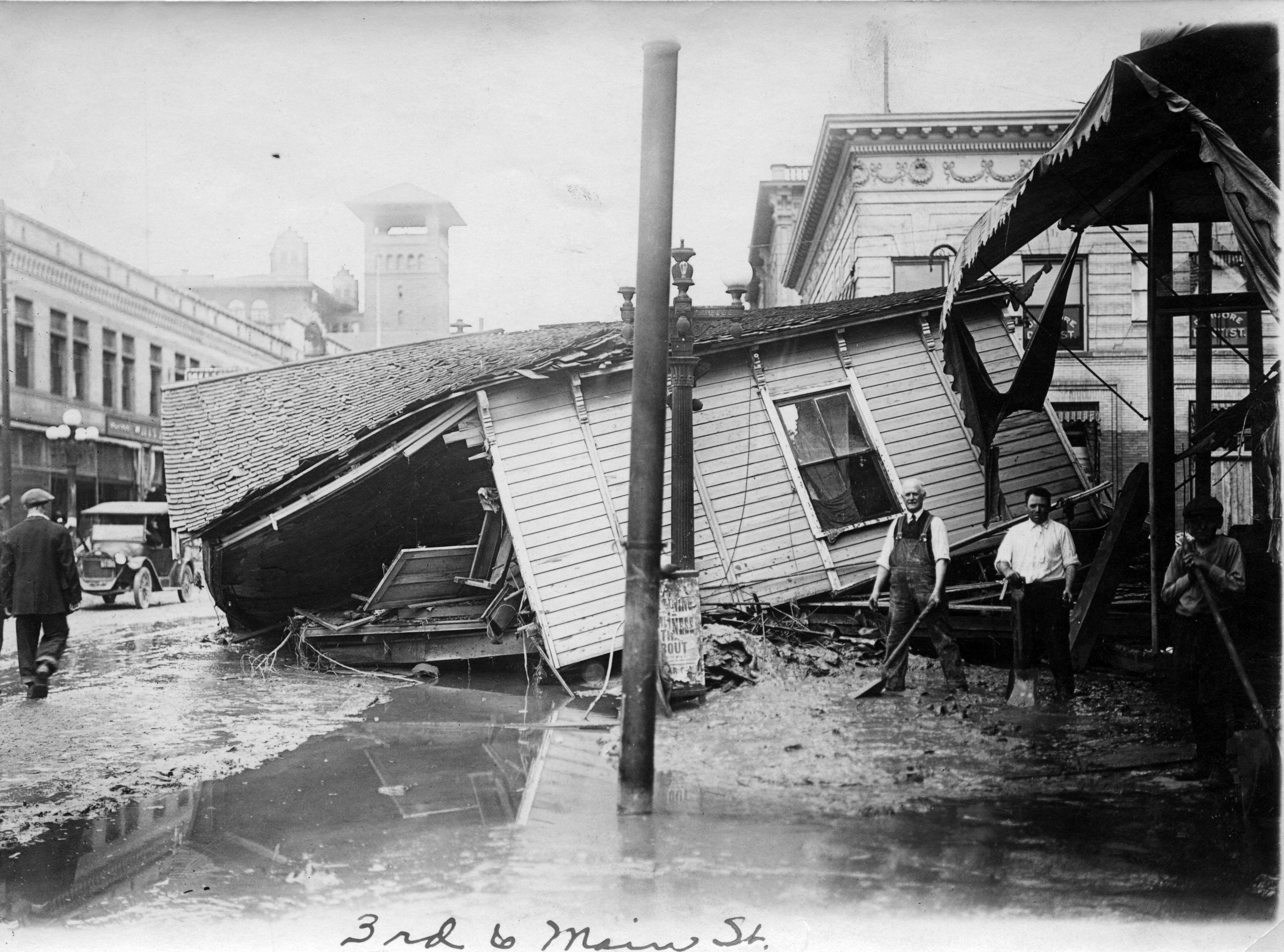 Ten Commandments of the Levee – pdf

Expansion of the Boundary to Include All of Pueblo County 2013